My special moments at the foundation were spending the Indonesian Independence day with the Portuguese volunteers. We went to the paddy field with the children and the volunteers and then we waved the Indonesian Flag in the middle of the paddy field. This was special because the Portuguese explorers were landed to Indonesia to search herbs and spices. They colonized the Maluku Island and Timor-timor Island (it has become a new country as Timor Leste) for a while. Then the Dutch came and made a colonialism in Indonesia for 350 years. And also the Japanese for 3,5 years. Many years afterwards I celebrated Indonesian Independence day with the Portuguese generation whose ancestors were colonists in Indonesia.

I also enjoyed it when we celebrated an American

volunteer’s birthday at the foundation. We made a surprise for him, decorating a classroom with balloons and ribbons. Also we prepared a birthday cake with number-shaped candles of his age, along with some birthday cards. When he entered the classroom, we sang a happy birthday song together for him and brought the birthday cake. After he blew the candle, we ate the cake together. What happened next was a big mess! We smashed him with flour, water and eggs! This is such an Indonesian tradition and the children really had a lot of fun!

As the English teacher, my goals are to intermediate between the kids and the international volunteers. This way they can have short social exchanges and keep the conversation going without prompting. I hope they can also understand texts that mainly consist of high frequency language; can write essays, messages or letters on topics or areas of personal interest. In that way, they can keep improving on their English independently so that they have English competences that could help them with their study or work in the future. It is also great to educate them on personal hygiene and the environment, so they can be a healthy and smart generation that cares for the environment.

I am really grateful having the opportunity to work together with foreign people at the foundation whether they are international volunteers or a management team. Working in the educational areas is very interesting and I would like to say it has become my passion. If you educate as much as you can, I believe you will become even richer.

This is my favorite quotation:

Part 1. Getting to Know the English Teacher of the “Eka Chita Prandyan” YEAH foundation

The new garden and kitchen at the learning centre

Isabelle tells us more about her research on diabetes

Act to Care of the environment at our learning center 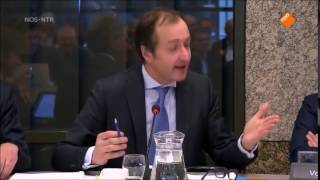